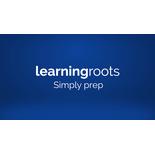 Once again, CAT has proved that it can put candidates in uncomfortable situations without offering any surprise in terms of paper pattern. Here goes the CAT 2016 analysis and review – Slot 1 from my side.

Jump to Review of Slot 2

I had my test venue in Pune (second year in a row). Possibly because I registered pretty late. For future CAT takers, do register well in advance so that you don’t end up traveling 200 odd kilometers. And if anyone from the conducting authority is reading this, please don’t make aspirants travel so much. Though my reporting time was 7.30 am, I decided to go a little late this time and reached the venue at 8.10 am. The standard thumb impression + photograph thing followed and I was done in about 15 minutes. The invigilator, for some random reason, announced that there was an option to jump between questions and sections. For a minute, I was happy to see something new this time around but then post that pop-up, the instructions clearly gave the sectional question break-up and time duration.

The first passage on the biodiversity was extremely straightforward and I started pretty well. I am hoping that most of the aspirants cracked this one as it was an easy read and there weren’t any difficult questions. The passage on importance of language was also quite interesting to read and had a few tricky questions but overall it was moderate. One could just admire how relevant these passages were in the current world that we live in. Even the passage on human pain and rituals was a brilliant piece and I enjoyed the perspective it offered. Finally, the passage on the importance and future of languages was fairly moderate and required serious reading to answer the questions.

Parajumbles, summary, find-the-sentence-that-is-not-a-part-of-coherent-paragraph questions were all TITA. A note on TITA questions: Though some of these questions were easy, there were some where options were pretty close. Attempting these tough ones over RC was not a sound strategy. A good candidate aiming for 95+ percentile in the section should have attempted about 25 questions with a good mix of MCQs and TITA questions.

Considering how insanely difficult it was last year, with 48 marks (scaled) in the section resulting in 97 percentile, aspirants were expecting it to be the same this year. And the authority didn’t disappoint them. No bar graph, pie chart, line graph. Nothing. Standard tabular questions with a lot of things to calculate. Especially, there was this set on number of male female students in a school and passing percentage. Though the set was easy, it was time consuming and one could have left this set. The set on correct-incorrect files in folders was a little tricky in the later stages where one was expected to identify what was correct and incorrect. The five girls and five colored shirts set was easy but the questions had ‘if’ cases and a good strategy would have been reading the questions on the sets before diving in. Survey of 1000 people was another nice set with a lot of things to calculate. Revenue from films was another set that one should have attempted.

Overall, I think this time, why things proved more difficult was because the data was simple and easy to understand (which meant that a lot of aspirants could crack the first level logic) but the second level logic and multiple conditions made some of the sets frustrating. In my view, solving 4 sets completely or solving 5 sets by skipping 1-2 questions across sets would have worked for most of the people. A good attempt in this section is 16 questions and that should fetch one about 95+ percentile.

I found quantitative section to be on similar lines as CAT 2015. There were at least 10 easy questions and aspirants who attempted less than 10 in this section need to think why they missed out on those. I think there were 5-6 Geometry questions and one could have attempted about 2-3 of these. I can’t stress on the importance of arithmetic questions in CAT. Most of the times, just because mock providers put esoteric concepts, students end up giving time to questions that are universally difficult, but don’t pay attention to simple ratio, percentage, average, TSD questions. There were 2-3 questions on AP GP concept and one of which was incorrect prima facie.

Because CAT has made quant easy over the years, you will find a lot of aspirants hitting the 26-27+ question mark. And it shouldn’t surprise you. Quant is generally more celebrated compared to the other two sections but it proves useless if you don’t pay any attention to your overall performance. With such a straightforward paper, a good candidate should have attempted 20 questions and aim for 95+ sectional score.

My entire return journey was spent on Quora and Facebook and some stupid websites where I read so called experts offering reviews of the test they had not taken. A website also said that there were fill in the blanks question and I had a good laugh. And I couldn’t fathom how some were putting the test in the difficult bracket and conjecturing 150 = 99 percentile score. I don’t see things changing much from the 2015 level for the first slot. There are reports of the second slot being difficult and we will write a separate review for it but let’s get back to the first slot.

CAT 2016 was a brilliant paper overall. 60 total attempts with decent accuracy should fetch you 95+ percentile. Considering everything, CAT 2016 was moderate and tested one’s ability to select questions and manage time. There were quant questions where using a calculator would have fetched answers faster than the actual solving procedure and candidates should have made good use of that option. For LRDI, as I’ve stated earlier, reading questions before solving the set was something that aspirants could have done.

If things didn’t go well for you, it will be a good idea to sit and write what you could have done and avoid those errors in the remaining tests. Commonly reported concerns were getting demotivated because of tough LRDI, drop in energy by the time quant started, thinking too much on certain questions and selecting wrong questions, etc. These things happen. And they happen to 99% of the test taking population, in varying degrees, of course. Content takes you to a certain level and this paper was not about content. The paper was and has always been about composure. The idea is to learn from these experiences and do well in the remaining tests. If CAT went well for you, great! But don’t be complacent and start preparing for the remaining tests.

The Article was written on LEAP in collaboration with LearningRoots. The writer is Prasad Sawant.

Prasad is an MBA from JBIMS, Mumbai with a 99.99 %ile in CET, he is currently putting his entrepreneurial skills gained through his SYB programme from SP Jain to good use by combining it with his lifelong passion for teaching and mentoring.

Incredibly humble and helpful, he has mentored hundreds of aspirants in the past who vouch by his name. He has been a faculty with Career Launcher, a senior consultant with Great Place to Work and is a certified interviewer. When he is not burning boards through his speed math techniques, he can be found winning quizzing laurels, the highlight being the national champion of CII Inquizzite and the NHRD Quiz.