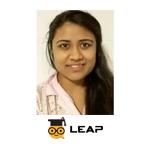 Written text is nothing but a sequence of words, sentences and paragraphs that are pieced into context and conveyed as a whole.

While reading a sentence, the presence of an unfamiliar word can break your comprehension of the entire passage, and leave the author’s message altogether incomprehensible. Under these circumstances, in order to keep the flow of reading intact, it is wiser to figure out the word’s meaning in context, rather than looking up its exact meaning.

So, what is this “context” that I speak of?

Well, here’s the easy way of saying it: The context is simply the words and ideas preceding and following the word. Because these peripheral words give the reader an approximate idea of what the author is getting at, they serve as contextual clues and help decrypt the meaning of the word. This is precisely why more reading leads to a better vocabulary.

Interpreting the meaning of a word from the cluster of material around it, is of course, not the easiest task sometimes. Therefore, you must practice the art of picking out contextual clues! Here’s a list of the most common ones that you may come across when you read:

1. Illustrations and examples: These are only ever used to reiterate a point. So anytime you see them in writing, you know that there’s repetition here from what you just read. You could actually think of this as the author’s way of being kind to you by simplifying and exemplifying his/her ideas. Much like I’m going to do now. Observe:

“His obsequious nature made him everybody’s favourite – he only had good things to say about everyone!”

Based on the later part of the sentence, which is an illustration, what do you think “obsequious” means here? Can’t be something negative, can it? Well, it has to mean “somewhat of a people-pleaser” who only likes to keep to people’s good books. Now, the actual meaning of “obsequious” is more along the lines of “obedient”, but in the context presented here, it isn’t essential that you know that.

2. Cause & Effect: Another very common form of writing that comes in handy when understanding context. An unfamiliar          word in either the cause or an effect of a cause-effect structure can easily be decrypted by closely following the context of the          cause-effect relationship. Here’s an example:

“Asked to explain the rosier outlook, the creators of the show cited one factor that trumps all else – television viewers today are more comfortable with watching the likes of romantic comedies that end on a happy note.”

Clearly, the creators of the show are answering the question they’ve been asked (Why the rosier outlook?) by citing a cause-effect relationship between what they chose and why they chose it. Clearly, “romantic comedies” has a positive connotation here, and if you as a reader, are aware of this, you should know that the creators are quoting it as a reason for the positive outlook their show takes.

3. Synonyms (Parallelisms or Similarities): This is a form of writing that is fairly common among writers; and because it makes use of synonyms, it should be easy to figure out the meaning of an unfamiliar word in this structure from a familiar synonym that follows or precedes it. Here’s an example:

“Although he had sworn not to divulge her secret, he revealed it to his best friend, Rakesh.”

The two words in italics mean the same things. A good way of identifying that the words are, in fact, synonyms, is to look at the syntax of the sentence. The use of “Although” signals contrast between the two parts of the sentence, but since the first part denotes a negative action (sworn not to divulge) and the second part a positive one, there cannot be two antonyms involved, because that would require BOTH actions be negative or positive, in keeping with the “Although” at the beginning.

4. Antonyms (Opposites or Contrasts): Much like sentences with synonyms, there are also times when antonyms in a sentence give the reader contextual clues. You can identify that the word is indeed an antonym, because it will be signalled by a contrast statement/phrase such as “However”, “On the other hand”, “Yet”, “Although” etc. However, remember that the mere presence of the word alone is not a good enough clue; it is always best to pick up on the clues from the syntax of the sentence, like we did in the previous example. An example for antonyms in sentence structure would be:

“Although she shops very scantily for the party, there always seem to remain abundant leftovers at the end.”

Since both parts of the sentence talk about the same kind of (positive) actions (as opposed to the previous example), the presence of “Although” in the beginning of the sentence marks a contrast in its overall meaning. Hence, the use of the italicised antonyms.

In many cases, the contextual clues can be discovered from the general sense of a paragraph, or even the entire passage itself. Here’s an example to demonstrate:

“Donald Trump’s appeal, in part, is that he cracks back at progressive cultural condescension in utterly crude terms. Nativists exist, and the sky is still blue. But the overwhelming majority of these people aren’t phobic about a modernizing America. They’re fed up with the relentless, moral superciliousness of Hillary, the Obamas, progressive pundits and 19-year-old campus activists.”

The passage as a whole, describes Trump’s appeal as a presidential candidate. Once the reader can slip into the general sense of the writing, it should be easy to understand, from the overall political feel of the passage, that both the italicised words denote a typical conceited quality.

The discussion about vocabulary in context continues on the CAT Verbal Prep Group. Come, join, to learn more on the topic!