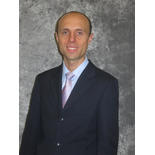 When all is said and done, you will receive a lot of different scores for the GMAT – 10 in total!

Usually, people will just refer to one, the Overall Score; but in actual practice, you score will come back with a little chart like this:

Actually, the scores you receive on the day of the exam are considered Unofficial Scores, only becoming official Scores when your score report appears in your email inbox and on the Graduate Management Admissions Council (GMAC) website. It is rare for the numbers to change in between, so most people don’t use “Official” and “Unofficial” distinction. Note, however, that most schools require you to have an Official Score to report before their application deadline!

Just so you know, 8 out of 10 scores are calculated automatically on site, so you’ll find them out on the day of your test. You have to wait a few weeks for the essay to be graded to receive the final two.

1. Overall Score (Your Scaled Score). This is that famous three-digit number, the first score in the Total column. It ranges from 200 to 800, in increments of 10. Two-thirds of test-takers score between 400 and 600, and the median score is usually between 540 and 570. The scores are arranged on a bell curve, so scores below 300 or above 700 are relatively rare. This score is produced by a weighted average of your performance ONLY in Quantitative and Verbal Sections. The AWA essay and the IR section are tracked independently. The average’s weight skews toward the Math score, though the exact amount is a trade secret closely guarded by the test makers.

2. Overall Percentile Score. The second score in the Total column, this one is actually more important than the three-digit number, although admittedly less iconic. It tells you what percentage of recent take-takers your score bests. Thus, a 75th percentile scorer did better than 75 percent of people who’ve taken the test over the last three years. This score can differ every year as the test taking population changes, though in practice it rarely moves more than a single point in either direction.

4. Quantitative Percentile Sub-score. Like the Overall Score, your Quantitative Score will also be expressed as a percentile (the second score in the Quantitative column) and it, too, can change slightly from year to year. In most years, it takes a sub-score of at least 52 to break into the 99th percentile.

5. Verbal Sub-score. The first score in the Verbal column, this one’s just like the Quantitative, but for Verbal: 0-60, 1 point increments. Most test-takers will score between 9 and 44, which is, you might have notices, a good bit smaller a range than in Math, with a lower top-end score as well.

6. Verbal Percentile Sub-score. The Verbal column’s second score works just like the other percentiles, though the bell curve here is slightly more forgiving. A 99th percentile score can be had for the low, low price of a sub-score of 45!

7. Integrated Reasoning Score. Calculated completely separately from any other one point. That means there are only eight possible scores for all people taking the test, and most of these scores are between 3 and 7, with a mean of 4. Interestingly, even though a score of 1 is theoretically possible, most years no one receives one.

8. Integrated Reasoning Percentile Score. The second score in your IR column is also only from your performance on the 12 IR questions and is also variable from year to year. The numbers here have jumped around quite a bit over the section’s short story, although it seems to have stabilized around 94% as the top score, 46% the mean, and 17% the bottom.

9. AWA Scaled Score. Your essay scores will be calculated independently of all the other sections. The Scaled Score, first in the Analytical Writing column, has a theoretical range of 0-6, with increments of 0.5 ( meaning, it’s possible to get a 4, a 4.5 or a 5, but not a 4.1 or 4.8); however, in practice 0’s are never given and more than 90% of test-takers receive a score between 2 and 5.5. So, even though there are 11 possible scores in the range, the test maker only uses 7 regularly.

10. AWA Percentile Score. Your final percentile score works like all the rest, though the top score of 6 translates to only the 91st percentile most years.

Of all these many scores, the one most important to your business school admissions goals remains that three-digit Overall Score. Though they are loather to admit it, it’s still the case that many schools have an Overall Score cutoff they use to winnow down the mountain of applications they receive each year.

Article is written by our Lead Instructor Bobby Umar, the author of the new GMAT Barron’s book.

This article has been re-published as per the terms of LEAP Partners Program with Admit Master.