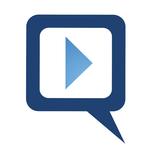 So, how is junior girls volleyball related to doing well on the GMAT?

Several years ago, I took a teaching position at a private school in Victoria, Canada.  In addition to performing my regular teaching duties, I was expected to “volunteer” for an extracurricular activity.  As the new guy, I was volunteered to coach the junior girls’ volleyball team.

I started the process with a respectable amount of enthusiasm and determination.  I was no volleyball aficionado, but I did my homework, and soon had the girls running drills and looking like a legitimate team.

After a few weeks of practicing, we were ready to play against other schools.  So, each Wednesday, we hopped on the school bus, united by our shared purpose and matching uniforms, and traveled across the city to show off our newly-acquired skills.

It turns out we weren’t that good, and we lost our first few matches.  But that was okay, because we were having fun.  Right?

As the losses mounted, the girls’ enthusiasm waned.  After each defeat, the bus ride home slowly turned into a venue for complaining, finger-pointing and moping.  The girls were miserable, and nobody was having fun.  In fact, the weekly games soon became the object of my dread.

By the end of the season, we had lost every match and most of our self-respect.  The girls had become major league sore losers, frowns included.  Fortunately, it was almost over.  Only the post-season tournament stood in the way of hanging up my whistle and passing the wretched job to the next new guy.  Of course, the tournament meant a weekend of playing every team that had beaten us during the regular season, so I wasn’t pleased with those prospects.

I had had it with the girls and their dramatic pity parties, and I vowed not to let their miserable attitudes ruin the weekend.  Then, on a whim born out of pure frustration, I issued a last-minute ultimatum right before our first game.

Smile or sit on the bench.

The girls didn’t know what to make of it, but they acquiesced.  As usual, the game started poorly, and the smiles began to fade.  However, when I made good on my word and pulled our top player because of her gloomy disposition, the others started taking me seriously.  They began to smile—big, fake, sarcastically outrageous smiles, but it didn’t matter—at least they were smiling.  It was the most ridiculous spectacle you could imagine, but I didn’t care.  Anything was better than watching those glum expressions.

Then, something strange happened.  The girls played better.  They played so well that they won that game and the second game for the match.  The match!  Did we just win our first match of the year?  We were more surprised than elated.

We won every match we played that weekend, right up to the finals, where we lost the match and finished second in the tournament.  I can tell you that it was a much different bus ride home that day.

So, what happened to these girls?

I believe that their story supports the idea that emotions and their physical manifestations are not necessarily a one-way street.  Sure, happiness can cause someone to smile, but smiling can also cause happiness and, in turn, help reduce stress and, in turn, help a group of 14-year-old girls overcome anxiety and frustration to achieve something remarkable.

This isn’t a new idea.  Some call it “fake it till you make it.”  Others, like members of laughter clubs around the world (yes, laughter clubs – Google it), don’t call it anything at all.  They just know that sometimes, oftentimes, it’s the tail that wags the dog.

So, whether you’re going to an interview, lining up a 10-foot putt, or striving to beat your target GMAT score, remember the lesson that I learned from a girls’ volleyball team in Victoria, British Columbia.  Serve up a smile, whether you feel it or not.

It certainly can’t hurt, and it might just relax you enough to improve your concentration, and ultimately, your score.