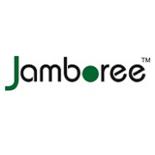 You want to get a GRE score above 330. This is something which most people will never manage, even if they really want to. This will need you to be close to perfection in both Quant and Verbal. It will need you to prepare so well that, even with small variabilities or unforeseen circumstances on the day of your test, you will still be able to crack the 330 barrier. It is a mighty challenge.

Sounds an awful lot like another mighty challenge that a man named Edmund Hillary conquered 61 years ago. Sir Hillary was able to reach the summit of Mount Everest by doing certain things that no one had done as well as him before, and we would like to point out lessons that our GRE aspirant students have learned from people like him.

We won’t focus on the minute details of every tactic to cross 330; we would like to talk about the big picture, and thematic things that you should do:

Do not underestimate the difficulty of any section: Time and again, we’ve spoken to students who thought, for example, that Quant was ‘easy’ and that ‘hardly any time should be spent on it’. Even though they were counting on a 170 in Quant, we saw that they usually fell short, because any section – even one that comes naturally to you – can always throw up surprises. It’s exactly the same with mountaineering: even a slope that is smooth on the surface can throw up unpleasant surprises. Always respect your opponent.

Do not overestimate the difficulty of any section: Conversely, we have also seen many students who develop a mental block about a particular section – for example, Verbal – and are negatively affected by the fear they have. In our experience, you can always beat any section if you understand the system and spend a few hundred hours practicing, and we have never seen this fail. If Edmund Hillary had gone by the reputation of Everest as the tallest mountain in the world, he might never even have attempted to climb it at all. Respect your opponent, but never fear the opponent.

Make a prep schedule and stick to it: This might seem trivial – of course you should make a schedule, and of course you should stick to it. But it can often prove to be the downfall of the 330 score aspirant. If you want a 330, it’s not enough to get a single problem right in that problem chapter, and feel like you’re fine now. No, you have to get 10 right in a row before you feel secure about moving on. If you want a 330, you can’t study something once and then not look at it again for months leading up to your GRE; constant revision is a must to make sure you don’t let any questions leak through. Basically, you want to do something that very few people can even aspire to, and this means that you will have to be better than everyone else in almost every area.

Acquire useful skills instead of trying to acquire every skill: Edmund Hillary was not the most technically skilled mountaineer, but he had tenacity, grit and the technical skills required to conquer the toughest peaks in the world. Similarly, to conquer the GRE (for example, the Verbal section) you should acquire the skill of guessing the meaning of a word from its word group (we do a lot of work where we group words into sections with similar meanings, thereby reducing the number of words to memorize) rather than learning the meaning of every word. Similarly, you should practice reading comprehension and the skill of figuring out the meaning of a word from its context more than rote memorization. Prioritization is key; even if you have all the time in the world, you will not be able to
single-minded

Focus on the rewards: Edmund Hillary always wanted to climb Everest, simply because it was the biggest challenge in the known world at that time. In his mind, he saw the glory that he would achieve by reaching its summit before anybody else, and used that to carry him above the countless hours of torment that he had to endure on its icy slopes. Now that you have identified your goal as crossing the 330 mark on the GRE, you have a huge reward to set before you. Keep your mind fixed on the graduate school paradise that lies beyond – the limitless exposure and the quality of education that you will receive. Think of the career opportunities that will open up, and that you will, with the right level of performance, be able to work at the best places in your field in the world. Think of the magnitude of your achievement if you are able to cross 330, and keep that constantly in your mind. Do this to motivate yourself and carry yourself through the times when preparation becomes a drag.

Get access to mentors who have succeeded before: Edmund Hillary had no one who had climbed Everest before him, but he did have access to the greatest mountaineers and travellers (including those who had travelled to the most inaccessible areas of the world). He used them to motivate himself and lift himself above the limits of his own capability. In the same way, we have seen that every student of ours, while he / she is preparing, is always immensely benefited by speaking to successful alumni from Jamboree who have cracked the magic 330 mark, and made it big. The very fact that you are talking to someone who did what you are aspiring to is inspirational, and you know that their answers to your questions will be authentic and have actionable steps to help you succeed too.

10 US MBAs Where GRE is Most Popular

How To Device A Strategy To Target GRE Score 320?

How Can You Prepare Simultaneously For CAT and GRE?